Her wings of glass

Posted on December 9, 2014 by Rebecca Gethin

My contributor’s copy arrived wrapped in lovely blue and yellow paper like a Christmas present. I am very proud indeed to be included and I’d like to thank the editors, Myra Schneider, Penelope Shuttle and Dilys Wood very much for their incredible hard work and for including two of my poems from my collection, A Handful of Water,  (Cinnamon Press, 2013). 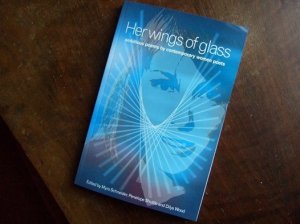 And here is the page with my poems…. so I can prove this really, really has happened!

Here is the link in case you would like to get one ..on a  special introductory offer. Great for Christmas!

4 Responses to Her wings of glass